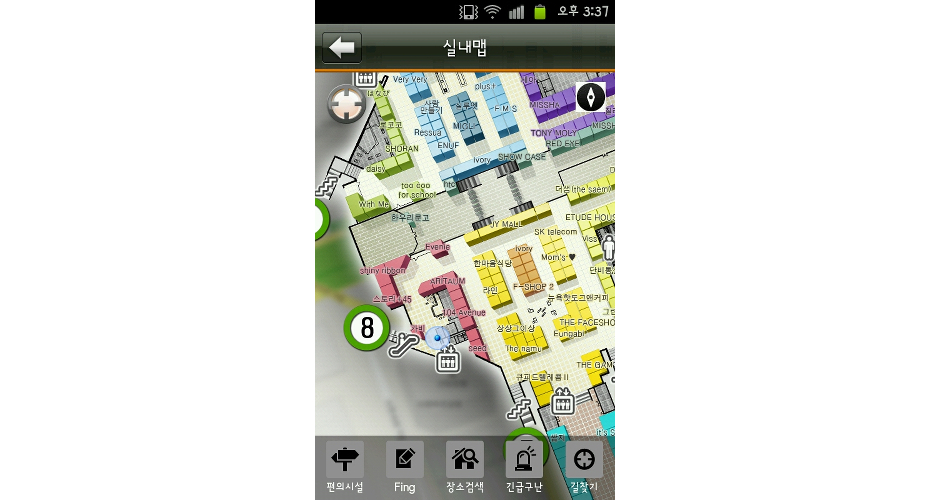 Mapping Seoul Indoors And Out

In my daily life, one of my most wished for mobile apps is a robust outdoors/indoors navigator. The app would guide me on the streets and keep working when I ducked into the subway (my primary mode of transportation). If I entered a shopping mall, the app would transition to an interior map of the mall and provide step-by-step directions to the stores I wanted to visit. Think of it as a GPS app that also functions indoors and underground, where GPS signals can’t penetrate.

Such an app exists in Seoul for the city’s enormous shopping center/exhibition hall, COEX. Soon, Seoul will get a similar, citywide app with augmented capabilities called Fing.

I wrote about this upcoming app, which is already in beta in Google’s app market, Google Play, for The Atlantic‘s urban topics site, The Atlantic Cities. You can find the story, along with some images from the app, here.

Besides mapping Seoul’s shopping malls and largest subway stations, the app contains a one-touch shortcut button for emergency aid. Push the button and the nearest police/fire dispatch will receive a request for help along with the sender’s location coordinates. The app will also let users send instant messages to approved friends for free. (For safety and privacy, outsiders can’t see a person’s location.)

More intriguing are KAIST’s plans for a citywide app that would track a user’s location on trains, buses and subways as well as indoors/outdoors. The app would be able to guide users door-to-door on complicated, multi-mode trips. Development is slated to begin in early 2013.

A number of companies and research institutions want to be leaders in indoor location. Google currently offers indoor maps of selected locations in five countries (Canada, Japan, Switzerland, U.K., U.S.) In the U.S., Google has mapped a few dozen airports and museums, some shopping malls and a good chunk of Las Vegas. Thus far, however, its coverage in any one city is not citywide or integrated with that city’s public transit systems.