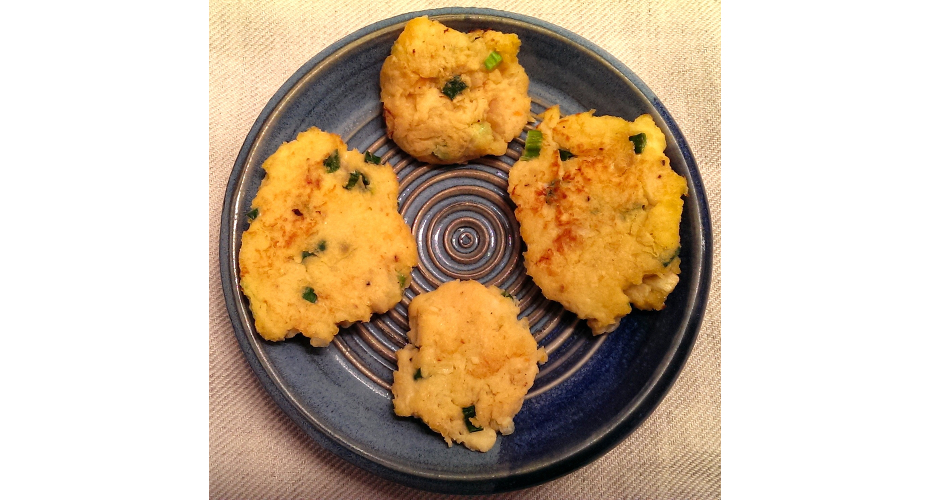 In Korea, savory pancakes called jeon are regarded as drinking food — meaning, food you eat while drinking alcohol. Jeon are so delicious, though, that I would eat them for dinner. Or lunch. Or breakfast, even. (I don’t believe breakfast foods must taste sweet.)

My recipe for saewoo jeon (below) is sort of an easier, faster hybrid version of pajeon and haemul pajeon. Like pajeon, it has egg and green onion. Like haemul pajeon, it has shrimp. But whereas pajeon and haemul pajeon require some type of rice powder and/or corn/potato starch mixed into the batter, my recipe only uses flour. Pajeon are also typically large in size — about the size of a crepe, though they are much thicker than crepes. My recipe makes smaller jeon that are more like patties than pancakes.

In short, this is not a pajeon or haemul pajeon recipe. But the taste is similar and it’s much quicker to make, with no special ingredients required.

**To make this recipe gluten free, I used gluten-free flour.

[Recipe from “Korean Cooking”, an out-of-print cookbook created by the Korean Institute of Minnesota.]