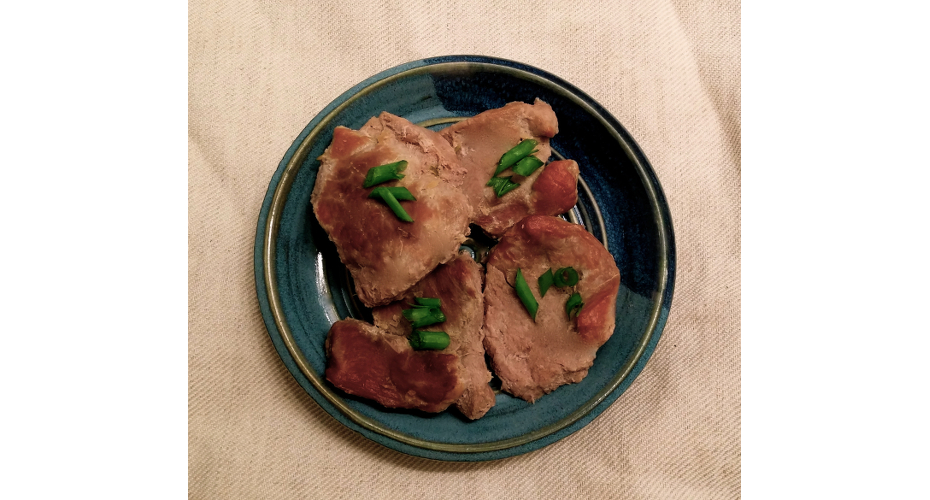 Korean food is known for its barbecued and grilled beef dishes, but pork is actually the most popular meat among Korean consumers. (This is probably more a matter of cost than of preference; beef is very expensive in Korea.)

The most characteristically Korean pork dish is samgyeopsal, a type of barbecued pork belly meat that I think of as Korean bacon. I’m not a fan of samgyeopsal, but I do like donyuk gui, which is sort of like Korean pork chops. Donyuk gui is also relatively easy to make and doesn’t require a grill. Here’s the recipe:

**To make this recipe gluten free, I substituted San-J Organic Tamari Gluten-Free Soy Sauce (available at Whole Foods or for $6.69 + shipping on Amazon.com.)

[Recipe from Foods of the Orient: Japan & Korea, now out of print]